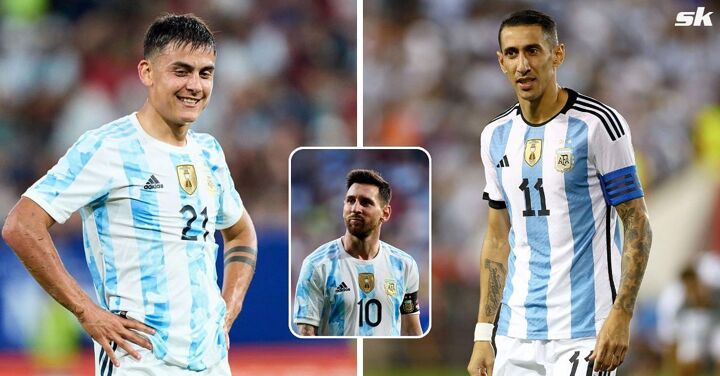 AS Roma star Paulo Dybala and Juventus’ Angel Di Maria have both suffered muscular injuries and are expected to be out for a considerable amount of time.

With the World Cup in Qatar set to begin on November 20, Albiceleste fans are worried about the possibility of these two important players of their squad not making it to the competition.

Messi, however, is optimistic about having the Serie A stars alongside him as he implied that both players still have plenty of time to recover.

Dybala has been in good form since joining AS Roma from Juventus this summer. He has scored seven goals and provided two assists for Jose Mourinho’s team.

Di Maria, meanwhile, has bagged one goal and four assists for the Old Lady since making a move from Paris Saint-Germain (PSG) during the summer transfer window.

Lionel Messi himself has been sidelined with an injury for a while. He was withdrawn during PSG’s 1-1 away draw against Benfica in the UEFA Champions League.

The Argentine has since missed the French side’s 0-0 away draw against Stade de Reims and their 1-1 home draw against Benfica in the UEFA Champions League.

Argentina are set to kick off their World Cup campaign on November 22 against Saudi Arabia. They will also face Mexico and Poland in Group C. PSG are set to take on Olympique Marseille in Ligue 1 next. Ahead of the game, Christopher Galtier said that Lionel Messi trained with the team and a decision about his participation in the game will be taken soon.