Marcus Rashford has admitted he can score more goals from headers for Manchester United this season. 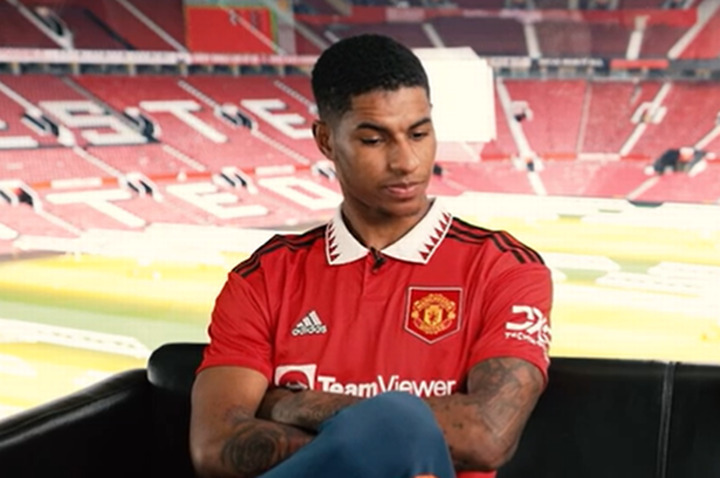 Rashford lost his starting place at the club last term, but he enjoyed a productive pre-season which provided him with the platform to bounce back to his best in this campaign.

The academy graduate has contributed eight goals and three assists and he’s playing with a smile on his face again, although there is always room for improvement and Rashford thinks that he should be scoring more headers.

Rashford has scored headers against FC Sheriff and West Ham this season but it’s the area in which he wants to improve.

“I still feel like I can get a lot more goals from headers. I just feel like if I gamble more, I’ll score more headers,” Rashford told club media. “Under Ole [Gunnar Solskjaer], he moved me inside left a little bit, so I was making these positions a bit easier. Then when I was a bit closer inside but not playing as a number nine, I could work in a partnership.”

Benni McCarthy was a surprise addition to Erik ten Hag’s backroom staff in the summer. The South African joined the club as a striker coach and Rashford recently admitted he’s helping to improve his finishing.

“He’s [McCarthy] definitely helped me a lot. To have those attack-minded coaches within the squad is great for us forward players,” Rashfords said. “It’s just day in, day out, we’re thinking about scoring goals, rather than the other bits.

“We’ve got him always there, speaking to us about it. I think my aim is to get back to enjoying my football and at the minute I am, so I’m not complaining. If I’m scoring goals and winning, then I’m happy.”

Rashford’s brave header against West Ham and the subsequent reaction from Ten Hag and Mitchell van der Gaag in the dug-out led many United fans to believe McCarthy had influenced the goal.