Cristiano Ronaldo has admitted he regrets refusing to come on against Tottenham last month, but claimed his three-day suspension was too harsh.

Ronaldo has hit the headlines over the past week after the release of his bombshell interview with Piers Morgan on TalkTV.

Within the controversial sit-down with Morgan, Ronaldo slammed the current state of the club, along with heavily criticising Manchester United manager Erik ten Hag and former teammates including Gary Neville and Wayne Rooney, while he also tore into the attitudes of the younger players at the club.

And in the second part of the interview that was aired on Thursday evening, Ronaldo reflected on his highly controversial decision to refuse to come on as a substitute against Spurs and then walking down the tunnel before the final whistle. 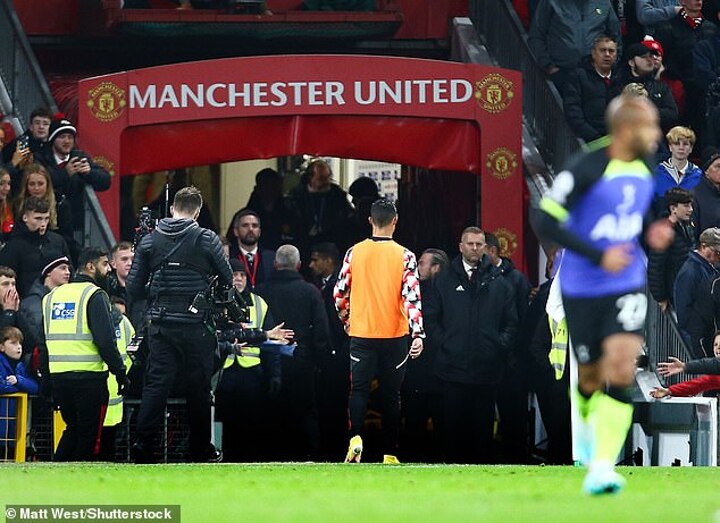 ‘Piers I will be honest with you, it’s something that I regret to leave from the stadium,’ Ronaldo said.

‘Probably, or maybe no, I don’t know. It’s difficult to tell you 100% but let’s say I regret, but in the same way I felt provoked by the coach.

‘Not allowed for me, a coach to put me in three minutes in a game. Sorry, I’m not that kind of player. I know what I can give to teams.’

Following the incident, Ronaldo was suspended by the club for three days and was omitted from the squad for their 1-1 draw with Chelsea.

He then missed Sunday’s 2-1 win over Fulham due to illness on the day news and clips of the bombshell interview with Morgan broke.

And, despite being reintegrated into the squad, Ronaldo felt the suspension that the club handed him was unfair. 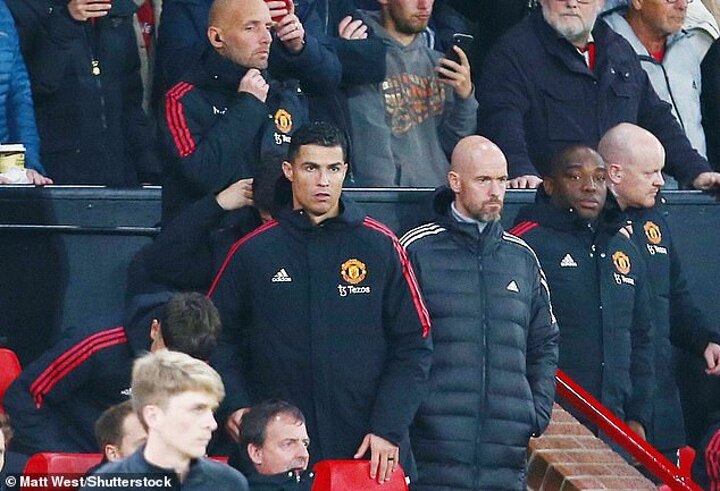 ‘I think it was a strategy from the club for me to react that way,’ he explained.

‘And they suspend me (for)three days, which I felt it was a lot – and the level of sport, clubs, I felt a lot. It was a shame, that…

‘I remember arriving home and Cristiano saw me and said “Daddy do (you) not go to the game?” I say “No, because the club punish me with three days”.

‘And he did like *laughs* “How they’re going to punish you if you are the best player in the world and you’re not gonna play?” I said “No I’m not going to play because I have not been behave”. And he looked at me like, “My Daddy not be behave, what?”‘

Ronaldo also went onto claim that he was angered with the way United hung him out to dry with the media and believed that his record as a player meant he deserved more than being brought on for the final stages of the 2-0 win.

He said: ‘In one way, I was good because I was like, more relaxed, but in the same way, I feel very disappointed because, okay, I regret, I apologise, I’m not perfect, I made a mistake.

‘But suspend me three days, for that, I think it’s too much. And then they make fire for the press, which really disappoints me.

‘Don’t tell me that the top players, the guys who want everything, the key players will play three minutes.

‘Come on, this is unacceptable after what they keep saying before, that they respect me, that they do this, they do that. For me it was not respect, this is why I take this decision I regret.

‘The coach didn’t have respect for me. So this is why the relationship, it’s in that way. He keep saying in the press that he come to me, he like me blah, blah, blah but that it’s only for the press. 100 per cent.’

Within the interview, Ronaldo also continued to lay into Ten Hag, claiming he was saying different things to him and the press, while he also insisted he isn’t a fan of the Dutchman.

‘The feeling he always mentioned to me, that I didn’t need the pre-season so I should wait for my opportunity.

‘Second, I understand that becoming a new job, Manchester was so bad the last five years that it should make they should clean the house, let’s say in that way.

‘But the way they approach, the way the press make this so big, it’s because… probably the communication wasn’t the best.

‘But I really understand in the beginning because I didn’t do the pre-season, I don’t start to play, but going more further than that, further than that. Other things happen that people they don’t know.

‘And I’m not hiding that the empathy with the coach is not good. I’m honest.’

‘He don’t respect the way I should deserve. But it is what it is. This is why probably, the game against Tottenham, I left.’

The United forward also touched on the controversy when he was revealed to have left at half-time during a pre-season friendly against Rayo Vallecano.

And again, the Portugal captain believed that he was harshly treated and had been made a “black sheep”.

Ronaldo explained: ‘Me and 8 players, but they mentioned only my name…everyone do that…

‘Last year, many players did the same. In that game eight players do the same but they only speak about the black sheep which is me, which is, I completely understand, okay, it’s done, I apologise to the coach and for me, the chapter was closed.’

The fall-out at Old Trafford since the interview was released has been huge, with Sportsmail’s Chris Wheeler exclusively revealing on Monday that United are exploring ways of sacking Ronaldo after the first clips emerged of his explosive sit-down with Piers Morgan. 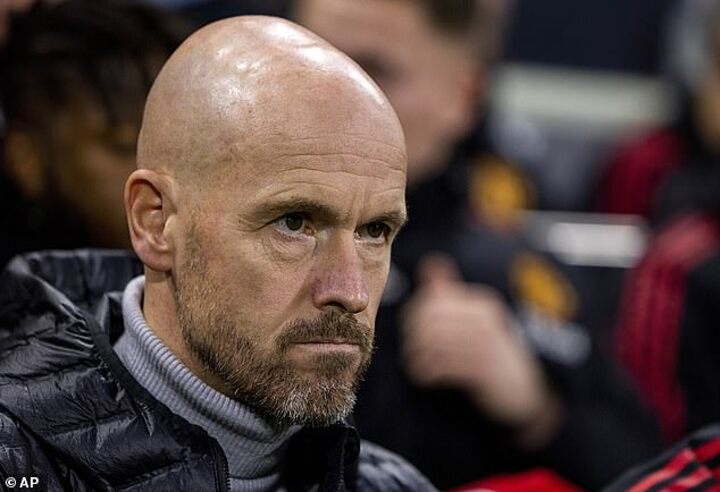 The club will wait until Cristiano Ronaldo’s full interview has been aired before deciding on his future – but there is a feeling within the club that this situation is far more serious than his previous misdemeanours.

United’s lawyers are studying Ronaldo’s comments closely to determine whether they constitute a breach of contract but will only decide on their next move once they have seen the entire interview.

But Sportsmail understands the club believe fining Ronaldo, and the wantaway star issuing an apology for his actions, won’t be sufficient this time.

Ronaldo returning to Old Trafford is seen as the least likely scenario and his United team-mates are hoping he is gone before the end of the World Cup.

They believe he has burnt all of his bridges with the squad following his incendiary comments and feel it would be better if United find a way of offloading Ronaldo while he is at the World Cup with Portugal.

The club also tore down a giant mural of Ronaldo at Old Trafford on Wednesday, just hours before his bombshell interview with Piers Morgan was due to air.

Workmen were seen bringing down the mural of United’s famous No.7s – including Ronaldo, David Beckham, Bryan Robson and Lionesses star Ella Toone – that dominated the front of Old Trafford.

Raphael Varane was the first United player to speak about Ronaldo on Wednesday, saying: ‘Obviously it affects us. We follow what is happening. We try to calm the situation in our own way and not to get too involved.

‘When it’s a star like Cristiano, even more so we try to take it with distance, that is to say that we do not try to change the situation alone, we are part of a collective.

‘What I want is the best for my team so whatever the decision the club reach we will accept it.’