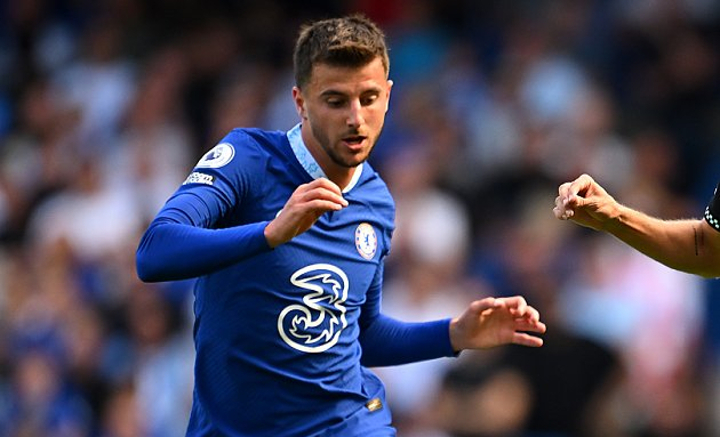 Milan defender Tomori was given his marching orders by the referee after pulling back Mount as he burst through on goal and into the penalty area.

While contact was light between two England international’s the ref deemed Tomori to have denied a clear goalscoring opportunity, thus sending him off and awarding the Blues a penalty much to the protest of Milan.

And Mount, 23, insisted the sending off was the wrong decision.

After the Champions League win, he told Chelsea’s website: “He’s obviously my mate, I’ve known Fik for a very long time and I felt for him in that situation, I was gutted for him. I don’t think it was a sending-off.

“Was it a penalty? Maybe yes. I’m an honest player and I want to try to score a goal and he pulled me back a little bit, but I feel for him for that decision. It’s a tough one.

“I felt him trying to pull me back, but I was running to goal so I wasn’t going to go down and I felt like I could still have an opportunity to score.

“So I carried on going, didn’t score and then obviously the ref blew up and gave a pen straight away. I was probably a bit surprised at the time because I’ve still gone through and had a shot.”

Jorginho subsequently converted the penalty before Pierre-Emerick Aubameyang added a decisive second to seal a fourth victory on the bounce for Graham Potter.

With the result Chelsea also climb to the top of their Champions League group, just seven days after being bottom of it.

Mount added: “It was hard to see him get sent off.

“You still want to be playing 11 versus 11 and going at it with two good teams, so it maybe ruined the game a bit.

“It was massive for us and we obviously wanted to win the game, which we did, but I still feel for Fik a lot.”