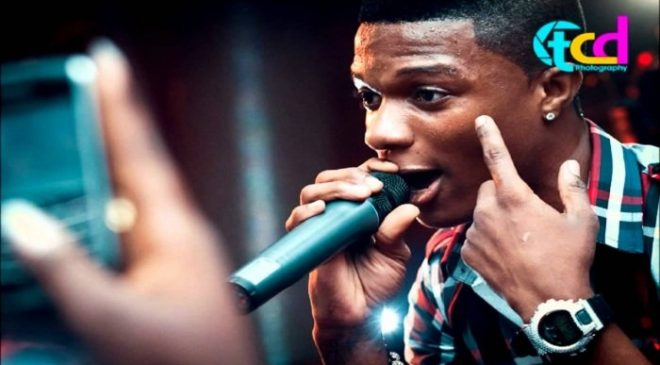 Nigerian superstar Starboy, Wizkid has assured his fans that he’s making a food(song) for their soul.

Few months after releasing the highly anticipated ‘Made In Lagos’ album, Wizkid stepped into the booth to shake up the industry once again.

He was recently seen with singer, Tems who he featured on the MIL album working on the visuals to the song, Essence.

Also, he was seen with her inside the studio working on spanking new music.

In a video he shared on his Instastory, Wizkid was recording a song with award-winning Ghanaian producer, Guiltybeatz and we are confident it will be soothing and amazing as always. He posted a photo passing a message to the fans.

See Also :  Video Of Actress Rosy Where She Denied Sleeping With Tonto Dikeh’s Ex-Husband Resurfaces After Churchill Reveals He’s Married To Her Today