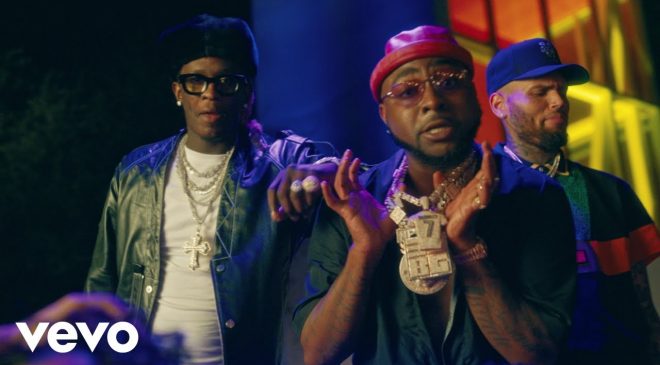 Wow!! Finally, it has been released out. The DMW Master and Boss, Davido has finally released his much-anticipated video “Shopping Spree” alongside, Chris Brown and Young Thug, the American fast trending crooners. This video was premiered a few minutes ago and has accumulated thousands of views on the Youtube channel and still gathering more.

It is a great one and has to be a successful one for Davido this time again. Stil listening and have not yet recovered from watching his still trending visual “So Crazy” with the American rapper, Lil Baby, Let’s take a little hold and watch this new one that has landed newly

Today, Davido and his brothers in the same tour, Chris and Young just turned the media upside down with this outstanding and amazingly visual. Right now from the fans, the video worths 100% top ahead of other released videos.

Talking less here… Just watch out for the video below.