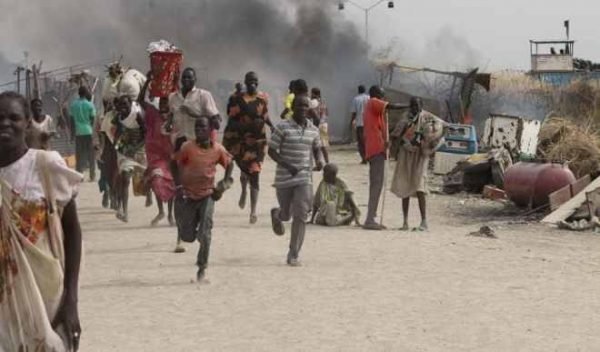 SP Gambo Isah, the Police Public Relations Officer (PPRO), made this disclosure in a statement issued to newsmen on Monday in Katsina.

“On the 26 and 28 Feb., Police in collaboration with the Army, jointly raided bandits’ camps behind Guzurawa and Garin-Gambo villages, notorious bandits enclaves, all in Safana Local Government Area of Katsina.

“The operation was successful as the team neutralised eight bandits, burnt nine motorcycles, and recovered one AK 47 rifle with five rounds of 7.62mm ammunition.”

Isah reported that the Divisional Police Officer (DPO) in Kankara and his team responded to a distress call that bandits in their numbers attacked the community shooting sporadically.

“The team had a fierce gun duel with the hoodlums and overpowered them.

“Consequently, the bandits fled and abandoned one AK 49 rifle with three magazines.”

Isah said the police and other security agencies would continue the onslaught against bandits, armed robbers, kidnappers and other criminals in the state.

The PPRO, therefore, urged the public to continue supporting security agencies with useful information that would lead to the arrest of criminals in their respective areas.

Share with Love
See Also :  [NEWS] Man Drags Slay Queen to Court After He Sent Her N5k Transport Fare And She Refused to Show Up