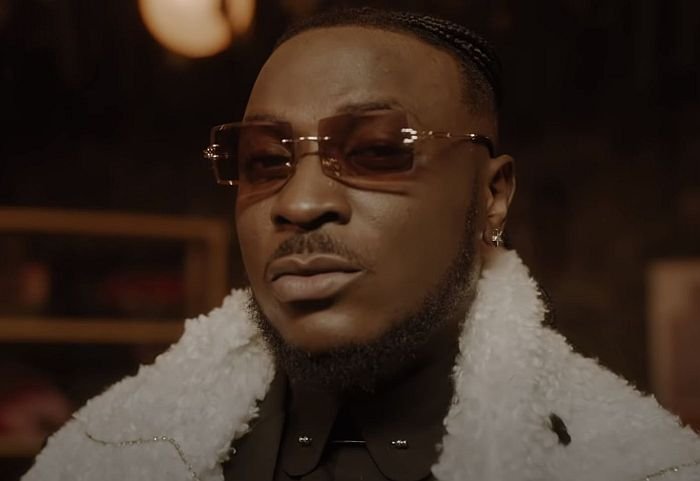 Popular Nigerian singer, Peruzzi fired back at a social media user, who picked holes in a song which he worked on with other artistes.

Taking to Twitter, one user critiqued the song and he mentioned Peruzzi is overhyped.

“Y’all hyping Peruzzi like he did something extraordinary on that song,” he wrote.

The DMW artiste, however, was not going to let anyone rain on his parade.

The singer, in his response, told the troll off.

“No vex, That thing wey you feel say I no do, tell your papa make e do am abeg.”

See the exchange below: 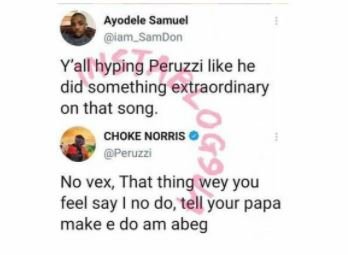 See Also :  UPDATE!!! Bobrisky Reacts After The Identity Of His Alleged Lover Was Exposed (See What He Said)