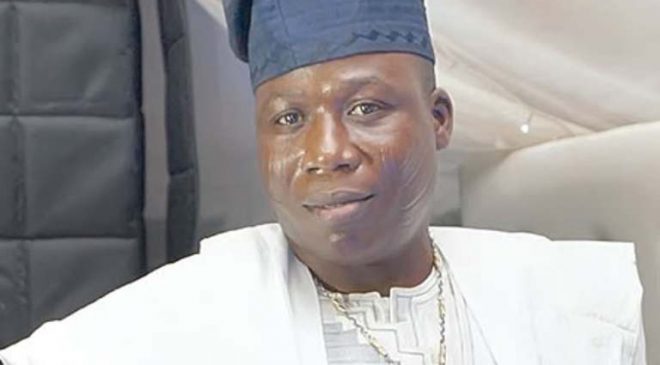 In the Interview, Sunday clears the air about the rumor of him visiting Ogun state to chase out and kill Fulani herdsmen. He also denies the allegation of fundraising and the burning of Seriki Fulani’s property of Igangan in Ogun state.

Read the full interview below;

Some people have expressed the fear that your approach to the herdsmen crisis can lead to ethnic war. What do you feel about this?

”Actually, there is no more fear of civil war regarding the cause that I am fighting. Those who thought that such could happen had the fear because they have hidden agenda. We are not waging any war against Fulani people. Our own fear is that our leaders are friends of the Fulani, who know the herdsmen, who are criminals in our midst. Our appeal to the Fulani is to bring the killer herders in our midst to book.”

You recently went to Ogun State to drive out killer herdsmen. Was it on the invitation of the governor?

”No; it was not on the invitation of the governor. We are Yoruba people in our own right, we can fight for freedom. Our fathers and brothers were killed by herders while our people die in silence. Our mothers and sisters are raped, farmlands are vandalised, and crops are eaten up by their cattle. They kidnap and take big ransom. Just as the case in Igangan, our people in Ogun could not bear it any longer, so they called for help. That was what happened.”

You and the Oyo State Governor, Seyi Makinde, disagreed over the quit notice you issued to Fulani herders in Igangan. But since the state is concerned just like you about insecurity, do you think you can work with the governor to achieve a common goal?

”We can work in harmony with the governor inasmuch as he recognises the fact that we have the fundamental right to secure our people and to protect their interest. The problem is that those in between us and the government are the ones creating undue tension. We are sure that the governor is able to feel the pulse of the people who are feeling the heat from the killer herdsmen and we believe that he would rise up to the occasion and do the needful.”

What do you think the role of monarchs should be in this issue?

”Our Obas are the custodians of our culture and heritage in Yorubaland. Today, our Kabiyesis across Yorubaland up to Kwara and Kogi states, as well as Edo and Delta states, should speak with one voice. As things stand, I thank our royal fathers for their efforts. I thank all the Yoruba Obas starting from the Awujale of Ijebuland, Oba Sikiru Adetona; I thank our father, the Alaafin of Oyo, Oba Lamidi Adeyemi, and also thanks to our father, the Ooni of Ife, Oba Adeyeye Ogunwusi. I must pay obeisance to the Awujale for his fearless and dogged spirit and courage. He wants peace, he wants justice, he stands for the truth and I pray that the Lord keep him stronger than yesterday. The Aare Ona Kakanfo, Iba Gani Adams, has also thrown his weight behind this cause.”

Have the people who burnt your house been found or what do you intend to do about it?

”Those involved in the razing of my house are those who have ulterior motives and who are opposed to the cause that I am fighting. They tried hard to attack me in order to get me depressed. For me, I am not deterred. As for the hoodlums, what I can say is that I have handed them over to God.”

We learnt that some Yoruba people in the diaspora have raised about N11m to support your mission. Do you really need such support and what for?

”I don’t need such and there is nothing like that.”

Some people have likened you to IPOB leader, Nnamdi Kanu, who is agitating that Igbo people should break away from Nigeria and form the Biafran nation. Is your mission similar to that of Nnamdi Kanu?

”I am not Kanu and I am not like Kanu. Kanu is working on his agenda; perhaps, he doesn’t carry his people along. This is about the Yoruba people being killed, raped, extorted, oppressed and dehumanised in their own land. What we want is justice, peace, harmony and good governance.”

You are quite a rich man. What business are you into?

”I am into car dealership. I am also investing in oil and gas, simple.”

You seem to have a large number of followers. Do you have a political ambition?

No. I am not going into politics and I am not doing this to seek any form of popularity.”

Have you discussed with the governors on how to handle the issue of herdsmen menace?

”No, but obviously if they call me for a meeting to discuss the burning issue of security to end the impunity by the killer herders, I shall gladly oblige. I am ready for any genuine approach to stopping the herders’ madness against our parents, brothers and sisters in Yorubaland. Why should our people, harmless for that matter, be going through all the horrible experiences without getting justice? And everybody folds their arms, looking on as if nothing is wrong.”

Pastor Tunde Bakare said you promised to see him. When are you seeing him and what are you likely to discuss with him?

”The meeting will hold as soon as practicable. The agenda would be about peace in view of the security challenges that is besetting us as a people in Yorubaland.”

Are you not afraid that you could be killed?

”I am not afraid of anything or anyone but God. God is the owner and controller of every soul. It is only God who can kill me. No human being can kill me, so I cannot be afraid of any mortal.”

Are your children not worried that their father could be killed in this struggle?

”My children challenge and persuade me to quit every day. They wave the caution sign to me every time. My wife is also very worried about the cause that I fight, but I have to do this for the liberation of my people, anyway. But I am equally worried for my people who are being dehumanised and oppressed in their own territory for no just reason. Those who should address the issue just fold their arms and watch because they are compromised. This struggle is for the good of all so that when I am gone, they would not live in subjection.”

What is your message to the Yoruba on this struggle?

”Yoruba people should be united and stop playing politics with the lives of our people. We deserve to be united, so I preach unity of purpose among the Yoruba people. Our royal fathers, politicians, the youth and the elders should speak with one voice. There should not be dispute or discord in Yorubaland. I appeal to all units to speak with one voice. Our Kabiyesis should speak with one voice, likewise the politicians. They should remember history; our leaders should remember that the first Oyo Empire was mowed down by this same set of people. The second Oyo Empire at Igboho Oyo was equally destroyed by the same people. This time, our people must be protected by all Yoruba people.”

When you read what Senator Femi Ojudu said about you, how did you feel?

”I was indifferent. I need not to continue to give him the honour of a reply.”

Didn’t you feel betrayed that somebody of his calibre could reveal secrets of your meeting?

”I just told you that he is a mere stooge and a slave to his conscience. The purpose was to divert our attention from the original purpose. So, he should rather be ignored.”

You were alleged to have burnt down Seriki’s house and vehicles in Igangan. Would you confirm or deny this?

”Let me make myself clear to everyone on this today. On getting to Eruwa, I reported myself to the Police Area Command and having explained our mission, the Area Commander chose to follow us. The A/C and his team followed us. On getting to Igangan, we met the police and men of Operation Burst. We went into the town and returned shortly after and reported ourselves to the Operation Burst team at the entrance of the town. The question is: Would the Area Commander have watched us go to Seriki’s house to set it on fire? Another question is: Could Operation Burst team have allowed us to go freely if we had such a record? There was nothing like that when we were in the town; so we didn’t do it. We learnt that it was an angry mob that went to do that.”

We learnt that Ibarapa and Oke Ogun communities are in anxiety of possible reprisal. What do you think about this?