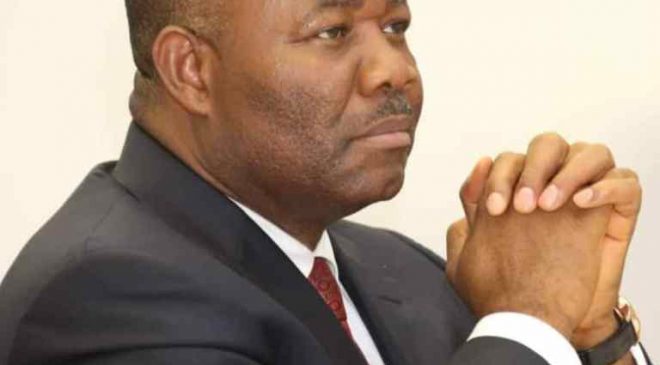 The former Governor of Akwa ibom state now Minister of Niger Delta Affairs, Senator Godswill Akpabio has assured that the All Progressive Congress (APC), would soon become the dominant party in the South-South region.

Senator Akpabio who was at his electoral Unit for APC revalidation exercise at his country home, Ukana in Essien Udim Local Government Area said,” if APC is not strong in any other region of Nigeria, in the South-South region where I am a major stakeholder, it is waxing stronger”.

The minister noted that the drift of governors from another party to the APC is indication that the Party is waxing stronger by the day.

“The APC is even stronger when looked at the fact that there is no election and Governors are defecting from other parties to APC. Recently we received the governor of Ebonyi State with all the panaphenella of government.

From the grapevine, we hear that some South-South governors are still coming to join the party” he said.

He attributed the popularity of APC to the performance of President Buhari in all sectors of the economy and parts of the country.

“What makes the APC strong is Performance. The president is doing well. You can see recently, the interim administrator going round and most of the States praising him are not even APC State. They say because of your performance, we will support you, we will support President Buhari to succeed in the Niger Delta Region. I believe there is not threat to APC. I commend the Chairman of the Party and the Secretary, for a wonderful exercise. You can see that when we are through, the Party will be waxing stronger and stronger”.

Senator Akpabio said the level of development and effective leadership offered by APC under President Buhari, has emboldened the confidence of Nigerians in APC led government, adding that “the kind of infrastructural rollout, from railways to transportation is an attestation of good leadership. Even where I belong, for the first time in 25 years, we are going to commission a major head office complex for the NDDC. This is the first time this is happening. The forensic audit that is ongoing has already exposed a lot. We have completed over 81 projects without giving out a single contract because people have seen the need to use the money they collected in 2006 and 2008 to do the work”.

The Minister said the President was committed to the completion of East-West road which was initiated by the Federal Government in 2006.
“The East West Road, whether we like it or not, work is on going there. The President is determined to deliver the East-West Road that started 15 years ago by the administration of President Obasanjo in 2006. If it starts from Warrri and terminates at Oron, what will now remain will be the waterway of Oron. But we would have completed the first line, crossing at least five Niger Delta States on a dualized thoroughfare. We would have taken care of the problem at Eleme Junction, we would have taken care of the problem at Ikot Abasi”.