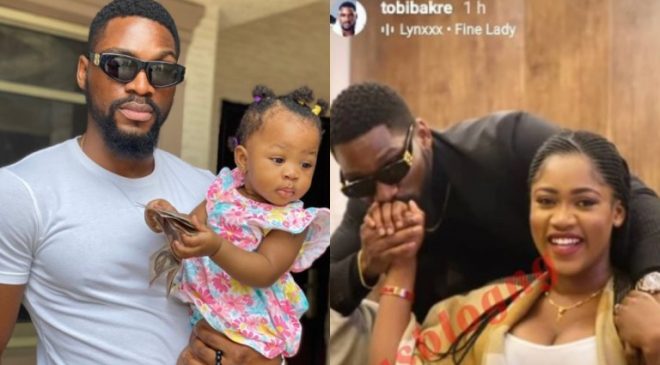 Former Big Brother Naija housemate, Tobi Bakre, has sent the internet on fire with the release of his pregnant girlfriend’s photos. This has so far stirred mixed feelings amongst his fans and that of Alex Unusual.

Some fans have also gone as far as calling him out for not ending up with Alex Unusual.
The duo made an admirable pair while they were in the Big Brother Naija house in 2018 and even after they left the show.

However, the former banker shared a photo of him having a romantic moment with his pregnant bae and captioned it, “”My own award o. See as woman fine..”

adepejuruth_cateringservice wrote: So with all what Alex went Tru on line bulling insults and all tobi no dey with Alex for ever

Another IG user wrote, “msohenhen, well next time Alex should mind her business and not turn on another woman for a man”able_blessedsoul added, “It be like say belle don enter.. Abi na my eyes.
soberdrunk8 said, “Abeg where una dey see all these Fine girls!!!?? Abi I get eye problem??
chisomohia26: Someone check on Ale……