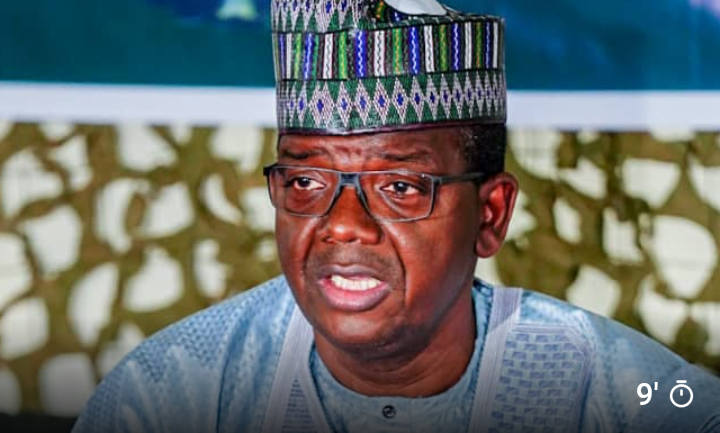 The Zamfara State Governor, Bello Matawalle, on Sunday said he had many revelations to make about  the attack on Government Girls’ Secondary School, Jangebe on Friday, when over 300 students were abducted.

Also during the visit, the Emir of Anka and  Chairman of Zamfara state Council of Chiefs, Alhaji Attahiru Anka,  berated the President, Major General Muhammadu Buhari (retd.), over the upsurge in killings and kidnappings by bandits in the country.

Recall that gunmen on Friday attacked GGSS Jangede, and abducted over 300 girls, while seven of the girls escaped while they were being taken into the bush.

Before the attack in Kagara, bandits had struck in Kundu village, also in Niger State and abducted passengers of the state transport service bus.

Commenting on the rising insecurity in the country, the Emir of Anka blamed the Federal  Government.

He said, “The Federal Government is in total control of the security operatives in the country and not the state governors, as such the President is the one who has failed to address the issue of insecurity.”

In his response, Matawalle thanked the Emirs for the solidarity visit and assured  them that he would not abandon his peace accord with the bandits no matter what the people would say.

He said “As we await the arrival of the released kidnapped students of GSSS Jangebe at the Government House today, I want to inform you that there are many revelations in relation to the abduction of these students.”

“Many people will be surprised to hear those people behind the abduction of these innocent children.”

They are not comfortable with the progress I am getting as a result of my peace initiative and they want to do all they can to sabotage my efforts”.

“I will insha Allah succeed at the end of the day and they will bury their faces in shame,” said the governor.

Meanwhile, there was confusion over the release of the schoolgirls on Sunday. While top government officials and the state governor said they had been released, an online newspaper, The Cable reported the state Commissioner for Information and Culture,  Suleiman  Anka, said they had not been released.

But earlier on Sunday, the governor while receiving Emirs, who visited him, said government was awaiting the arrival of “the released kidnapped students of GSSS Jangebe at the Government House today  (Sunday).”

As the confusion over the release of the girls worsened on Sunday, the governor and other top government officials left the Government House where they had been awaiting the arrival of the students.

None of them told journalists, who were at the Government House, where they were going, but a top source told one of our correspondents that they went to Anka, a distance of 79 kilometres to the state capital.

Also on Sunday, a high powered Federal Government’s delegation led by o the Minister of Aviation Alhaji Hadi Sirika, condoled with state government over the abduction of schoolgirls at GSSS Jangebe.

Delivering his speech on behalf of the President, Sirika said the Federal Government was deeply concerned with the abduction at the GSSS Jangebe.

He stated, “The President is deeply concerned and worried about the abduction of students in Zamfara State and other states where such incidents occurred”.

The President is assuring all Nigerians that the issue of banditry and other forms of insecurity challenges will soon come to an end”.

The minister further explained that the abduction of the schoolgirls in Jangebe would be the last abduction in schools in the country, adding that “strict measures would be taken to avert the recurrence of such event.”

He expressed disgust over the banditry activities , assuring Nigerians that the menace would soon come to an end.

“The Federal Government has the capability to get rid of banditry and will do so without further delay”.

Matawalle thanked the Federal Government for the concern and assured the delegation that, the Jangebe students would be brought back before the delegation reached Abuja.

Matawalle however called on the security agents to cooperate with each other in order to achieve success in the fight against banditry.

According to the governor, the problem of lack of cooperation among the security agents was responsible for their inability to get rid of banditry.

Amid the confusion over the release of the schoolgirls,  the News Agency of Nigeria reported that Matawalle told the Federal Government’s delegation that the students would be released soon.

He said the state government was working with repentant bandits to facilitate the safe rescue of the schoolgirls.

We are using the leaders of the repentant bandits to rescue the schoolgirls from the kidnappers. Very soon, we are going to witness the release of the abductees,” NAN quoted him to have said.

Matawalle added that his administration “is going to continue with peace process with bandits, considering its impact in addressing security challenges facing the state”.

He commended  Buhari for sending the delegation to symphathise with the state over what he described as an “ugly act”.

In a related development, the State Commissioner of Police, Abutu Yaro, on Sunday said that the over 300 abducted students had  not been released.

The CP clarified that the command in collaboration with other security agencies and the state government were intensifying efforts that would lead to the safe rescue of the students.

The CP in a statement on Sunday titled, ‘Zamafara abducted students not released,’ said, “The attention of Zamfara Zamfara State Police Command  has been drawn to  the news currently trending on some online media platforms that  the  abducted  students of Government Girls Science Secondary school Jangebe in Talata Mafara LGA have been released.

From the records available to the police command, the abducted students have not been released. However, the command in collaboration with other security agencies and the state government are intensifying efforts that will lead to the safe rescue of the students.”