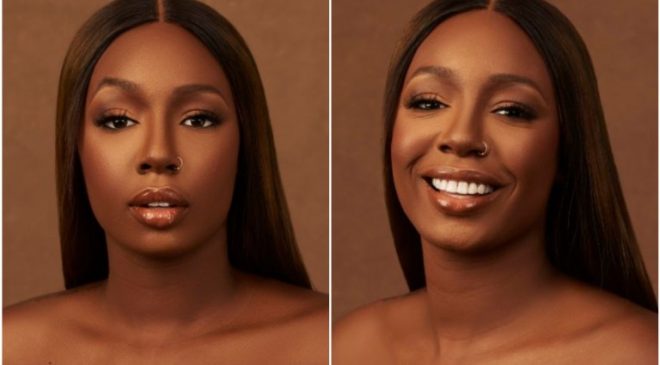 American Nigerian Media personality and reality star, Tolani Baj who was a contestant in this year’s Big Brother Naija have agreed with the statement that her fanbase is low due to her skin tone calling Nigerians colourist.

This came after a fan identified as Pamzyyy stated that despite her strong character, and ambitious her fan base is low due to her colour. The former housemate quoted the post affirming to it. She further stated that Nigerians are colourist.

top-notchings don’t add up. Tolani baj is such a top babe. She has a strong character, she’s ambitious, her work ethic is insane. Her self assurance& confidence is top notch. She’s absolutely BEAUTIFUL. Y doesn’t sh have 1 of the biggest fanbases in bbn ths yr? Damn Colorism is real”

“Aww, thank you beautiful, Nigerians are colourists but y’all not ready for this conversation. P.s: I won’t go back & forth with anyone to defend my statement. I will block you expeditiously.”

“Brown skin women in the industry deserve their accolades too. Stop overlooking them and choosing them last.” 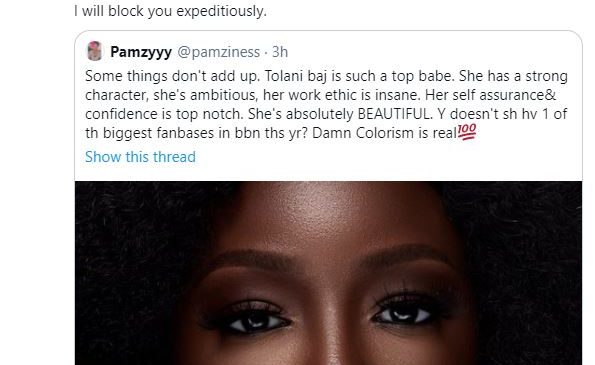 See Also :  Nigerians’ll be shocked by those behind schoolgirls’ abduction, says Matawalle