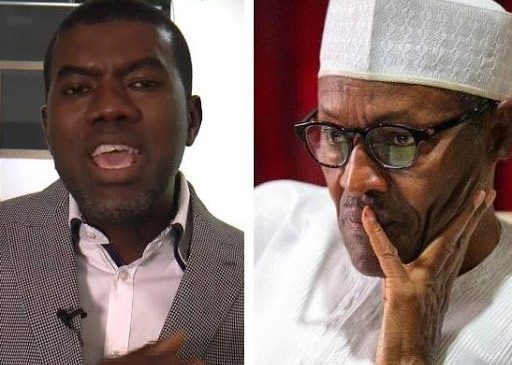 Reno Omokri, former aide to ex-President Goodluck Jonathan, on Thursday, revealed why President Muhammadu Buhari forwarded the name of the former Chief of Army staff, General Buratai to the Nigerian Senate for confirmation as ambassador.

Recall that Buhari had on Thursday forwarded the names of the immediate past Service Chiefs to the Senate as non-career ambassadors-designate.

Reacting, Omokri in a post via his Twitter account, said Buhari made the move to shield the former Chief of Army staff from getting arrested by the International Criminal Court over the Lekki massacre.

According to him, Buhari wants to grant diplomatic immunity to Buratai.

“General Muhammadu Buhari has sent former chief of Army Staff, General Buratai’s, name to the Nigerian Senate as an ambassador-designate.

“The plan is to give him diplomatic immunity so he can’t be arrested by the International Criminal Court, @IntlCrimCourt, over lekki massacre,” he said.