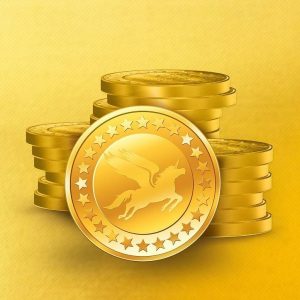 The birth of Unicoin ( UCN ) A New cryptocurrency created with Africa and the whole world in mind.

Warning: This is unlike any other coin or whitepaper you see out there. Here we are direct and aim to speak to your understanding.
In recent times, the most recurring word on the lips and in the minds of people current with finance and investment trends is Cryptocurrency. After the launch of Bitcoin in 2009 by Satoshi Nakamoto and its steady rise, there has been a lot of buzz around crypto coins. There have been a lot of coins founded and ICO’s launched bringing the estimated number of crypto coins in circulation to about 1,200. If you missed the opportunity of investing in Bitcoin, Lite coin, Ripple coin, Ethereum at the initial stage, then UNICOIN is for YOU.
UNICOIN is a more stable and secure medium of exchange, it guarantees maximum privacy and protection and it is built on a secure peer to peer blockchain technology. It definitely inherited the advantages of the blockchain technology, such as decen- tralization, open source, tamper-proof and anonymous transactions, to solve many challenges like data security and data verification. By using a peer to peer tech without any third party interference, verification is more secure, faster and seamless.
Blockchain technology is a distributed ledger recording technology. It can record transactions in a secure, transparent, decentralized, efficient, and low-cost way. Blockchain technology originated with bitcoin as a bottom-level technology. It was originally used to record historical transactions of encrypted digital currencies. As research on digital currencies went deeper, the underlying blockchain technology
was separated from bitcoin and further developed as it related to cryptography, network topology, and consensus algorithms. Blockchain technology may be applied in many areas. These include currency transfer, remittance, and e-payment systems—smart contracts in financial markets, and social applications such as notary services, voting, and healthcare delivery.
UNICOIN also intends to aid and ensure easy international trade, and by the nature of Crypto Currency, Coins are not affected by Inflation, Exchange Rates, Interest Rates, Transaction Charges or levies imposed by a specific country. UNICOIN does all these and more, get ready to be wowed…