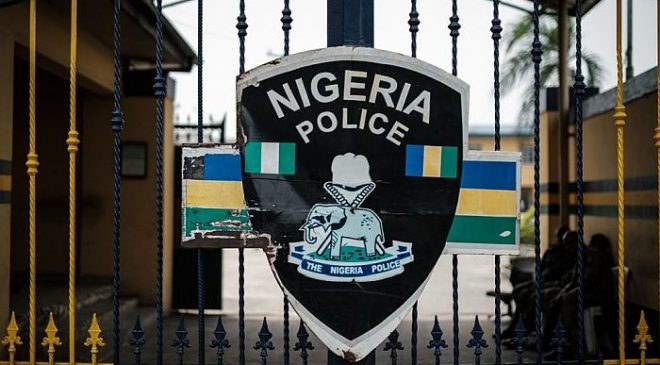 They are Abubakar Abdullahi ‘M’ of Hayin Danmani and Gambo Musa ‘M’ of Rigasa area, both of Igabi Local Government Area of Kaduna State.

ASP Mohammed Jalige, the state PPRO, in a statement stated that,

“On 2nd February, 2021 at about 0500hrs the operatives of the Kaduna Police Command attached to Kakuri Division while on routine surveillance patrol along Nnamdi Azikiwe Expressway by Nassarawa Bridge Kakuri, Kaduna succeeded in apprehending two (2) suspected Car snatchers namely; (1) Abubakar Abdullahi ‘M’ of Hayin Danmani and (2) Gambo Musa ‘M’ off Rigasa area, both of Igabi LGA of Kaduna State.

“They were in possession of the following suspected stolen Vehicles; a Toyota Camry, light green color with Reg. No ABC 590 DX and Toyota Corolla ash color with Reg.No KTN 304 AG.”

The statement explained that during interrogation, the aforementioned suspects freely confessed to being members of a car-snatching syndicate and are currently giving useful information to the Police that would assist in apprehending their criminal accomplices with a view to bringing them to book.

The Command noted that the success recorded is not unconnected with the Commissioner of Police Kaduna Command, CP UM Muri’s determination to effective policing and intelligence driven approach towards eradicating crime in the state.

“The support of all well-meaning citizens of Kaduna state is therefore required in sustaining the momentum,” it added.