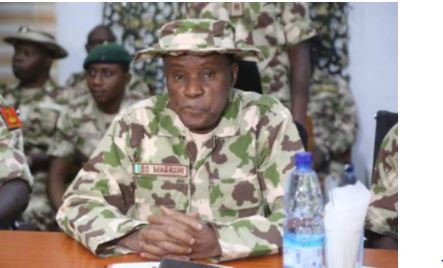 Minister of Defence, Maj Gen Bashir Magashi (rtd) has expressed that the Nigerian government will use minimum force to deal with #OccupyLekkiTollGate protesters.

Magashi made this known In Kano on Saturday while reacting to the #OccupyLekkiTollGate protest.

The minister added that the government will not sit down and watch hoodlums and criminals destroy lives and vandalize properties under the guise of #EndSARS protest.

He stated that the Buhari-led administration will not be governed the way some people want it.

He further commended the government for appointing new service chiefs while expressing optimism that the move will yield the desired result of winning the war against insurgents.

“If some people are seeing this country, that it has to be governed the way they want, they are mistaken,” Magashi said. “We are not elected to serve a particular people. We were elected to serve this country. Whoever is involved in this thing, the military or the government will not allow it to happen.”

See Also :  I NEED HELP!! My Fiance’s Younger Sister Wants Me To Have S3x With Her – Please, What Should I Do?