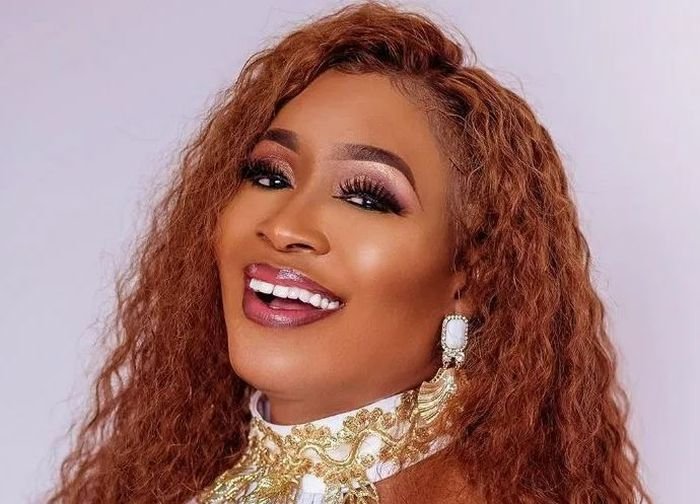 Controversial Nigerian journalist, Kemi Olunloyo has announced that she will be off Twitter for a year.

According to the journalist and social commentator, going off social media for a long period of time helps a person’s mental health. She further noted that she is going off because Tiwa Savage and Mr Aye Dee have also done so.

“After this weekend I’m going to join @TiwaSavage and @MrAyeDee No Twitter for a year. I need this medical leave away from sm. Not good for our mental health.” 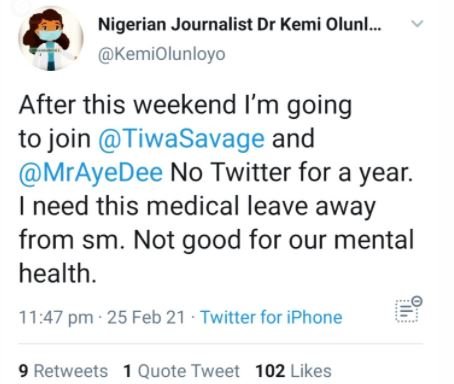