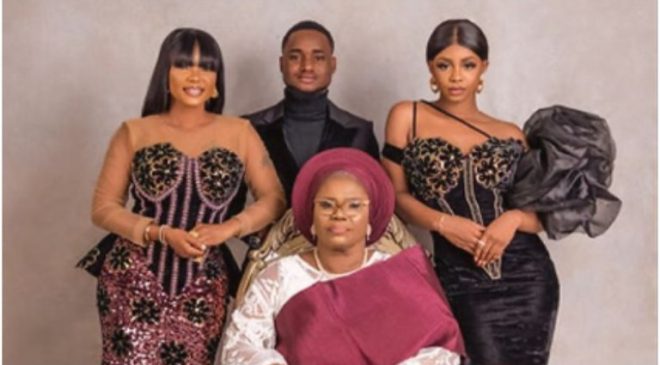 Popular Nollywood actress, Iyabo Ojo, has revealed how she ended up having two kids with her ex-husband.

Taking her fans down memory lane, the award-winning movie star recounted how she had to continue her education after she got married.

“In 1999, I met my husband and I got pregnant. We got married and I had my son. In 2000, I decided to go back to school and I registered for a part-time course at the Lagos State Polytechnic, Isolo, Lagos (Surulere campus).I was going to school, in addition to being married and doing business. I had to leave acting for a while because I had a baby and had to go back to school. In between that, I got pregnant again and had my beautiful daughter, Priscilla.”

Iyabo Ojo also revealed that her late mother was older than her father but often claimed to be younger so that people would not know.

She said, “My dad’s name was Festus Adekunle Ogunro and he died about 19 years ago. My mum recently passed on at the age of 69. Do you know that my mum lied to me about her age? She actually cut two years off her age because she was older than my dad and she didn’t want us to know. She is gone and I miss her so much.”

Share with Love
See Also :  [NEWS] The birth of Unicoin ( UCN ) A cryptocurrency created with Africa and the whole world in mind.