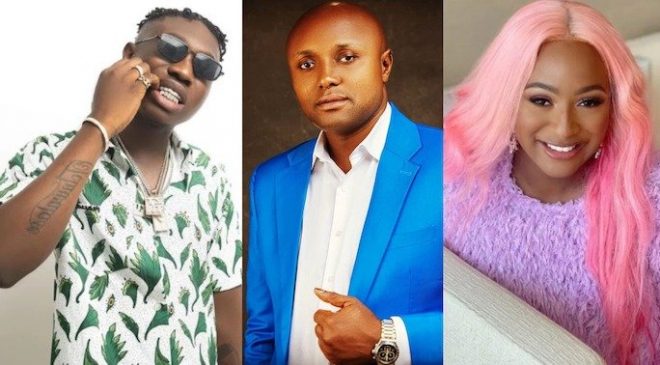 Davido’s Aide, IsrealDMW who acted as a spokesperson in the Zlatan and DJ Cuppy issue has finally issued her a public Apology.

This was coming few hours after DJ Cuppy‘s legal team served IsrealDMW a legal notice about his defamatory statement Cuppy.

Mr IsrealDMW was of the notion that DJ Cuppy never paid Zlatan Ibile any money for the Gelato collaboration they both did and that she was stingy.

IsrealDMW took to his Instagram to share a video of him apologizing to DJ Cuppy and also states that all he said was false.

See Also :  Use One Word To Qualify This Photo Of Davido And His Second Daughter