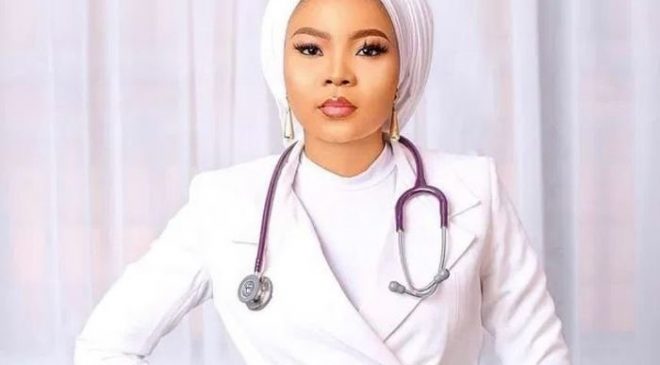 A Nigerian doctor identified on Twitter as Dr. Halima, has taken to the micro-blogging platform to call out an alleged lawmaker from Anambra state who wooed her via DM.

She shared screenshots of the chat between herself and the said legislator who identified himself as honourable Obinna.

Based on their chat, it was revealed that the man obtained her number by sending her an email regarding a business proposal.

She wanted to get straight to business but he said honourable said that the business he was referring to is her. 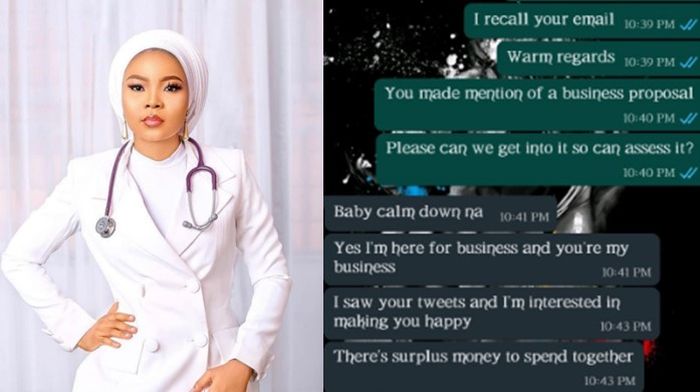 He then promised to take her anywhere around the world as there is surplus money to spend.

However, Halima seemed uncomfortable with the direction of their conversation and posed a question to him on whether she looks hungry.

Displeased with her response, he accused her of being proud and made reference to an old tweet of hers where she spoke on needing a husband. 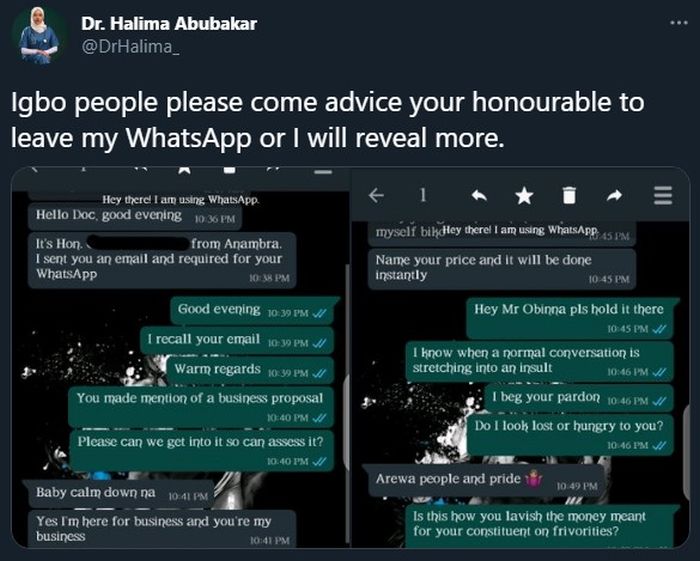 See more of the chats below:-

What Do You Think About This?

See Also :  [NEWS] “Bobrisky Should Leave Nigerian, If he Continues Like This”