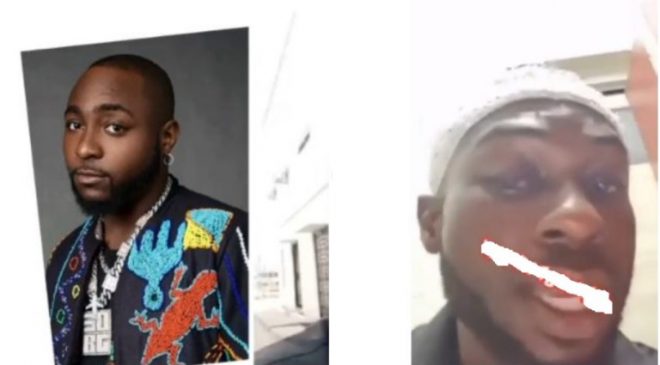 Nigerian sensational singer, David Adeleke popularly called Davido, and his DMW crew has been publicly called by for alleged assault at a shop in Lagos.

In a viral video, the unidentified lady, while narrating the incident, said the victim did not do anything to the Nigerian singer and his crew.

She alleged Davido, who was also at the scene of the incident, never showed any remorse or asked his crew to stop the assault.

Meanwhile, some Nigerian have reacted to the alleged assault, stating there are different sides to the story; however, Davido’s crew are very problematic even when the singer is seen as a nice person.

Meanwhile, when filing this report, the sensational singer is yet to react to the allegation.

mrpresidennt: Davido is a man with a good heart but you see those hoodlums around him he needs to get rid of them

andyblayz: As much as there are three sides to every story! This is The most problematic crew in Naija! Don’t vouch for dem.

jagabanyoutube: Davido is going to end up threaten the lady with lawsuit and later ask her to apologize publicly. Money and power intoxication…..

bullbullx: This is so unfair, davido does this all the time.