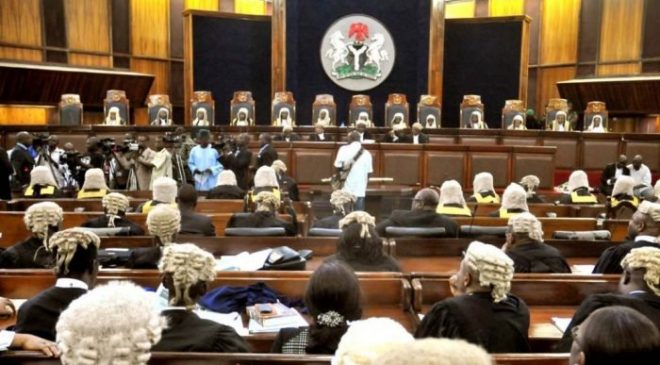 Three persons have been remanded by an Osogbo Magistrates’ Court for allegedly slapping a monarch, Alabudo of Abudo, Oba Morufudeen Olawale.

The Police Prosecutor, Inspector Kayode Asanbe alleged that the trio conducted themselves in a manner to cause a breach of peace.

“They went to the palace of Alabudo to disturb labourers who are working in the palace by acting like a thug.

“The three accused persons also assaulted Alabudo of Abudo, Oba Morufudeen Olawale in his palace by slapping and beating him with a cutlass,”

They were arraigned on two counts, bordering on breach of public peace and assault.

The offences committed are contrary to and punishable under Sections 249 (D) and 351 of the Criminal Code CAP. 34 Vol II. Laws of Osun State of Nigeria 2002.

However, the accused persons pleaded not guilty to the charge slammed against them.

The defense counsel, A. O Okgi made an oral bail application for his clients on the most liberal term, promising to provide reliable sureties.

The prosecutor opposed the bail application saying, “It is a great insult on the traditional institution to slap a King and even beat him with a cutlass.”