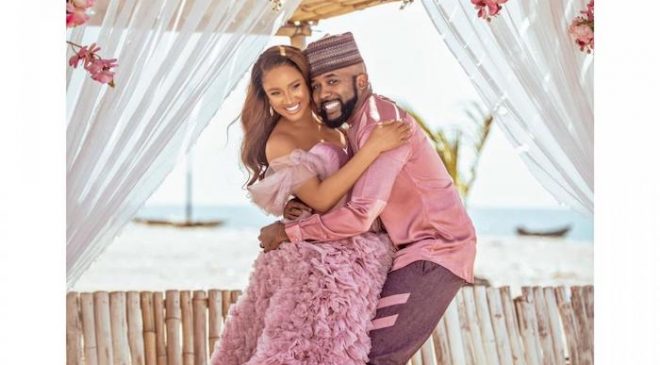 Celebrity couple, Banky W and Adesua Etomi are now proud parents as they have announced the birth of their first child, a baby boy.

The arrival of the baby was announced by the mother in an Instagram post on Monday where she also shared pictures of her maternity shoot.

According to what she wrote, the couple welcomed their baby about four weeks ago which means they were able to successfully keep the pregnancy and the birth away from the probing eyes of the media. 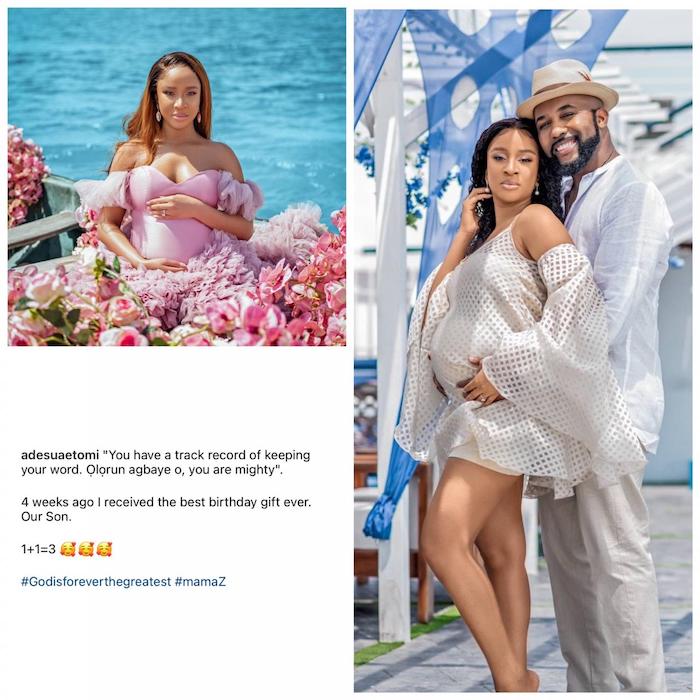