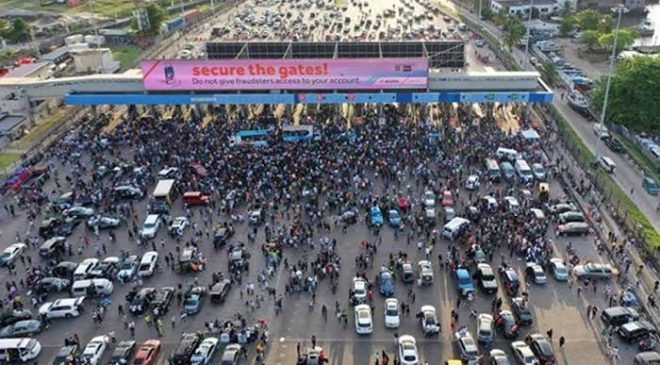 The initiator of #DefendLagos, Alabi Oladimeji, has announced the suspension of its planned counter-protest expected to hold at the #Lekkitollgate today (Saturday).

He made this known at a press conference hosted on his Facebook page.

He pointed out that the suspension was necessitated by the federal and state governments’ assurances that no protest would be allowed to hold.

Oladimeji, however, warned that #DefendLagos would organise a “huge” protest if the security operatives allowed the #OccupyLekkiTollgate campaigners to hold their planned protest.

“No protest from #DefendLagos on Saturday (today). We are simultaneously respecting the state and federal governments.

“I am proud to announce that for the main time, we will be pending this protest due to the law of the federal and state governments. We are law-abiding and good citizens we should not be seen disobeying any law.

“In respect of the President, Muhammadu Buhari, and Lagos Governor Babajide Sanwo-Olu, I am now announcing that anyone involved in #DefendLagos initiated by me should stop with immediate effect pend the protest. We are not going to hold any protest again on Saturday (today).

“If Lagos and federal government fail us, we will come out huge and protest on Monday.”