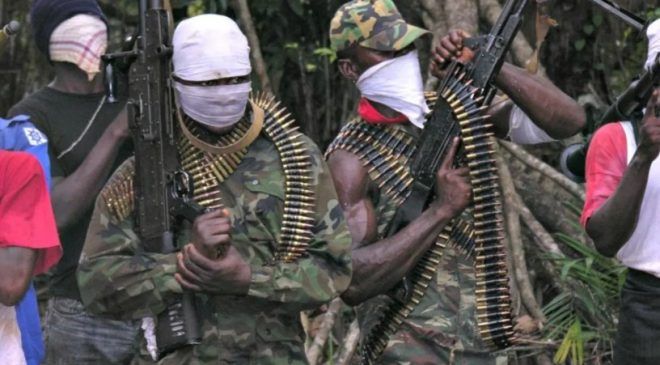 Some gunmen believed to be bandits have struck again in Niger State.

The bandits were said to have abducted women and children in Gurmana village in the State.

Disclosing this, former Kaduna Central Senator, Shehu Sani alleged that the bandits who wore military uniform struck at about 4 p.m.

In a tweet, the former lawmaker claimed that some of the residents who tried to escape drowned in River Kaduna.

“Bandits in Military uniform attacked Gurmana, a village in Niger State around 4pm yesterday. They abducted mostly women and children. 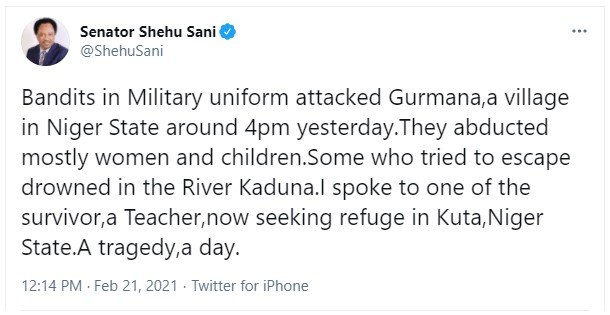 “Some who tried to escape drowned in the River Kaduna. I spoke to one of the survivors, a teacher, now seeking refuge in Kuta, Niger State. A tragedy, a day,” he tweeted.

This is coming barely a week after bandits had abducted some students from Government Science College in Kagara.